Using the per hour rate in SLM

First a clarification: by SLM we mean any process whereby, with a focused beam of energy (light, electrons) metal powder gets locally melted (not sintered), after which a new layer of metal powder is applied. The melting, not sintering, of the powder, is what makes supports necessary.

In SLM, like in SLS, machine time is the total of two parts of a cycle: scanning by the energy beam, the duration of which depends on the scanning area of the slice at that moment being scanned, and wiping new powder on, which is more or less constant. This is reflected in the way the first set of parameters is set up: 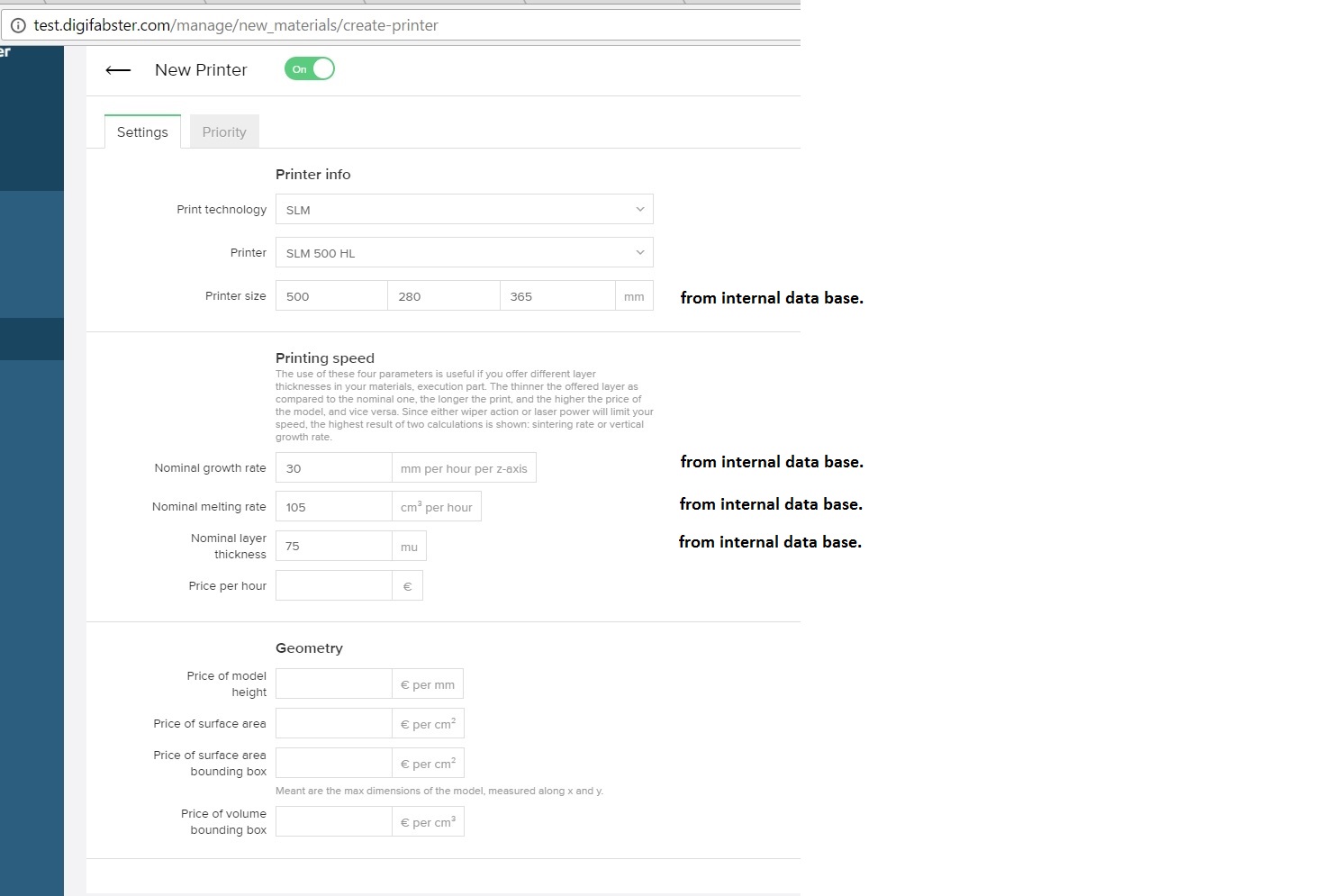 The nominal growth rate, along the z-axis, correlating to the wiper speed and the layer thickness.

The nominal melting rate correlates to the power of the energy beam (how fast it can melt any given slice).

The price per hour: We assume you have calculated a price per hour for the machine in question which allows you to write off the machine before it becomes obsolete (2-5 years). We would assume that this is somewhere around 60-100$/hour, but that does not take into account the fact that usually, you will print multiple models in one batch.

This is where the wiper cycle comes into play: It will always be an n number of seconds, multiplied by (model height/layer thickness), independent of the volume or weight of the model. This is why it is recommended to load the built envelope to the max, because a 9% loaded machine will not print 10 times as fast as a 90% loaded machine, but only 2 to 3 times.

In any case, this part of the template works as follows: Let's say you've added a material called Titanium for SLM, and you have selected two possible layer thicknesses: 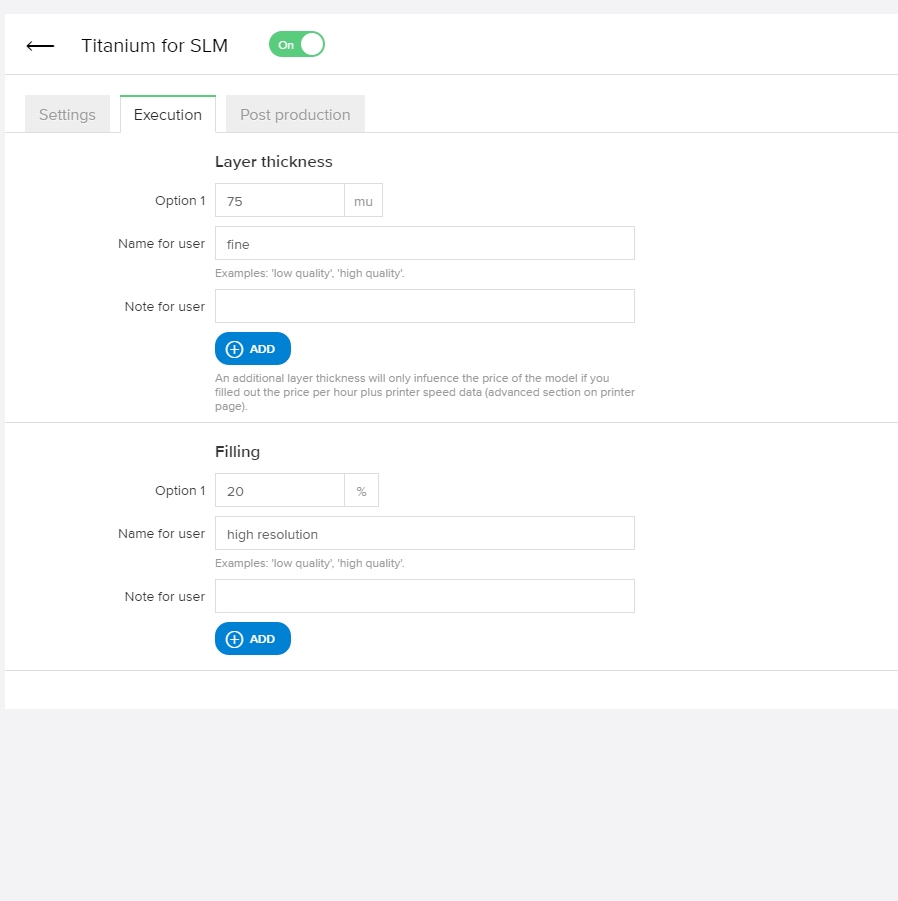 Very important: You can use any and all of the other pricing parameters in combination with this one, the results of each type of calculation will simply be added to the sum total of the model production costs.